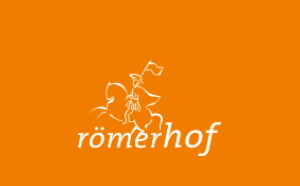 Warm welcome and history of the Haus

The mysterious history of an Roman guard-house
We dedicated our restaurant to the mysterious Roman guard-house, which was located directly in front of the house, until it was demolished during spring 1936, even so it was already under protection of historic building and monuments. The fact that it was once a Roman guard-house was discovered by the well-known archeologist E. Paulus in 1833. The engraved Roman mug in the entrance as well as the embrasure in the wall, which were focused at a certain crossing of two Roman ways in front of the house, were an evidence that it was a guard-house. Those ways were connecting the Roman towns of Clarenna (Bad Cannstatt) and Sumelocenna (Rottenburg). Therefore it is assumed – one does not know exactly – that the building dates back to the 2nd century as the Romans settled in the area. Why it should be called „Vaihinger Käppele“ a few centuries later is quickly told. In the past, such buildings were converted into a chapel (Swabian = Käppele) as a sign of gratitude for example after getting over a epidemic plague. Mysterious is why this chapel was sponsored by the bishops of Augsburg. An entry in the store-book around the year 1500 proves that they took over the maintenance duties of the „Vaihinger Käppele“. It is and stays a mystery .

We have built up the hotel „Römerhof“ and restaurant „Käppele“ in 1948. We want to relive the history with modern service and guest relation.